ALPHA POOL created the corporate documentary “How do I eat properly? A journey with Hardy Krüger Jr.” for the pharma company Bayer AG. The classic advertising film aesthetics have been deliberately avoided in order to realize an authentic and objective documentary. The issues of world food, species extinction and climate change were dealt with from the perspective of the consumer in order to answer the question of sustainable nutrition in this context.

The concept, implementation and media placements were conducted by the full service agency ALPHA POOL in coordination with Bayer AG.

After extensive research, a treatment coordinated with Bayer AG was developed, on the basis of which the corresponding script was designed. Thanks to years of experience in the film business, ALPHA POOL can make use of a large network of contacts and works only with the best editors, screenwriters and film teams who guarantee high-quality implementation. ALPHA POOL also coordinated the selection of a suitable protagonist, who was sent on the journey for Bayer AG. As a trained cook and father of a patchwork family, actor Hardy Krüger jr. was the right choice to speak impartially with the different interview partners and to get an idea of ​​the situation.

Production of a corporate documentary

As a full service agency, ALPHA POOL carried out the planning and implementation of the project with all logistical requirements. ALPHA POOL chose the settings, determined and addressed the interview partners, coordinated the shoots and cut to the final film. The result is an exciting, authentic and also critical documentary in which the question of sustainable nutrition is impartially examined from different perspectives.

But not only planning and implementation of the documentary, but also the presentation and media placements were carried out by ALPHA POOL with a 360° service.

The documentary was accompanied by a targeted social media campaign. With Link Ads, Video Ads, Skippable Prerolls, Discovery Ads etc. it was brought to the desired target group and clicks were generated. In addition, the content was distributed and placed editorially via classic media to create awareness for the documentary – the reach was guaranteed in advance by ALPHA POOL!

If you are curious about the project “How do I eat properly? A journey with Hardy Krüger jr.”, you can watch the film at this link. 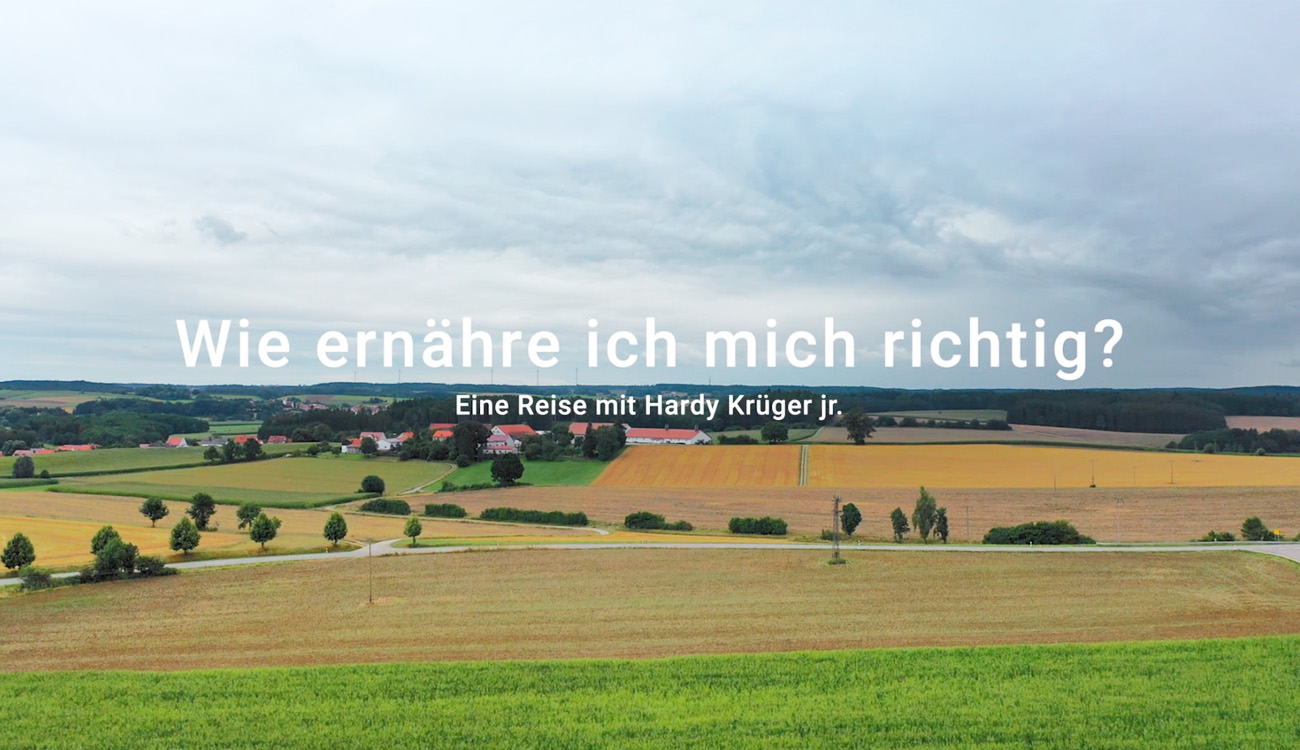