Presentation of the new FinanzAssist App in Berlin

Shortly before Christmas, celebrities such as Christine Neubauer, Collien Ulmen-Fernandes, Natascha Ochsenknecht and Verena Wriedt met in Berlin. More precisely in the luxury department store “Galeries Lafayette”. With champagne and cookies, the new “FinanzAssist App” was presented, which enables the user to control all finances such as Current accounts, investments, insurance, funds, etc. in one place. It was not by incidence that the end of the year was chosen for the event: because shortly before the feast of love and towards the end of the year, it is well known that many people tend to have a low tide in their wallets because of the purchase of gifts… And the new FinanzAssist app can be quite useful also for Christmas gift shopping. The celebrities were able to convince themselves of this at the event and during the subsequent shopping tour. 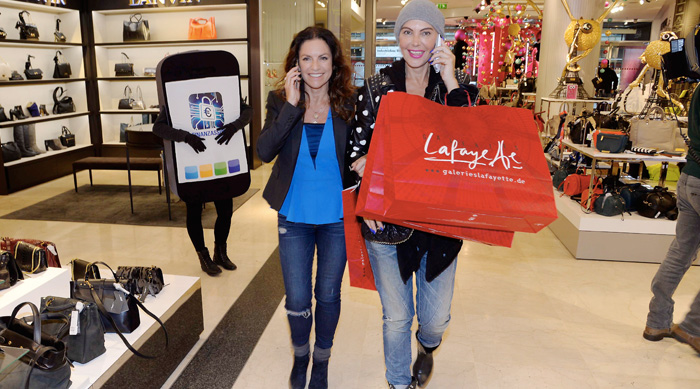