The idea: a living room concert instead of a sold-out hall

The concept of this unique event was developed to promote the launch of the new myblu. Capital Bra showed himself to be a fan of the brand and the celebrities gladly and numerously followed the coveted invitation to his private concert. Even before the event, the target group was made aware of the living room concert through a competition in which exclusive invitations to the event were raffled off.

The event was accompanied by an ALPHA POOL production team, editorial content was produced and this was placed in the media with wide coverage.

The invited guests, influencers and VIPs, including Jimi Blue Ochsenknecht and Julia Dietze, and of course the star of the evening Capital Bra, posted on the myblu event on their social media channels and generated an enormous organic reach. 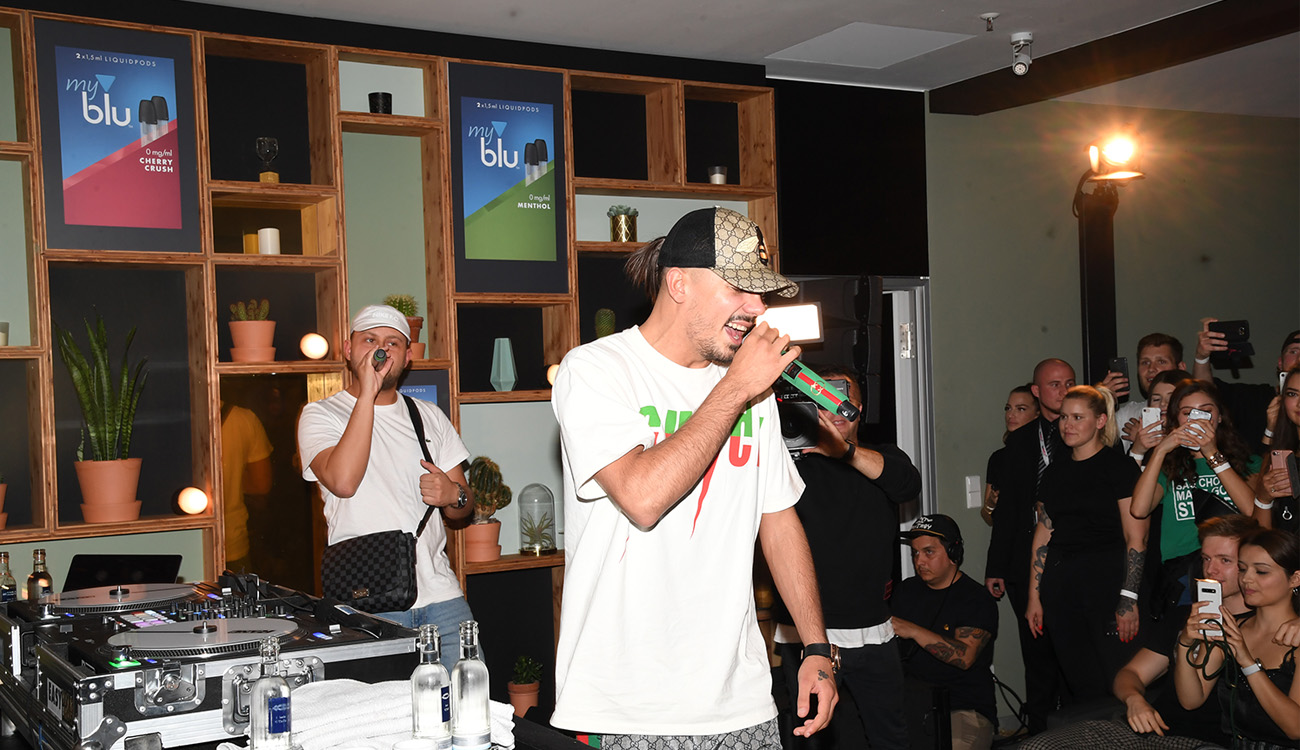