The Japanese car manufacturer invited a selected audience and numerous media representatives to the exclusive premiere of the new, well-designed AYGO model. Among the invited guests were many illustrious celebrities such as Alessandra Meyer-Wölden and Nora Tschirner, who celebrated the new model in the Berlin party location “The Pearl” on July 2. In addition, the British singer Rita Ora was on site with an incomparable live acoustic set and thus provided the musical highlight of this evening of superlatives.

The new edition of the Toyota AYGO celebrated its German premiere in summer 2014. On this occasion, the Japanese car manufacturer invited to the exclusive premiere. The well-designed model was presented on July 2 in Berlin’s top location “The Pearl” to around 150 invited guests and numerous media representatives. The new AYGO had already been lavishly hoisted by crane over the waterfall in front of the club. True to the motto “AYGO celebrate”, style icon and designer Alessandra Meyer-Wölden unveiled her latest life plans at the big presentation party, while actress Nora Tschirner, on the other hand, revealed herself to the public for the first time since the birth of her child. There was also news from tennis star son Noah Becker: Freshly hooked up with Zoë Kravitz, he also witnessed the brilliant premiere of Toyota and provided hot beats as a DJ.

In addition to the AYGO and its numerous technical refinements, there was another highlight on this evening of superlatives: “AYGO excited” is the name of the musical setting, which was set in scene by the poppy sounds of the British singer Rita Ora – the audience could look forward to an incomparable live acoustic set, which the show talent performed as a world premiere. Even before her performance, the music star convinced himself of the advantages of the new model in the matter of “AYGO crazy” even during a wicked joyride through the West of Berlin.

With the new AYGO, Toyota presents a whole portfolio of innovations: All around in an independent design, characterised by a striking look and the X-line design of the front end, the elegant small car model has also slightly increased in size – with a length of 3.45 metres. As a three- or five-door model, it comes as a one-litre petrol engine with an output of 69 hp. In addition to the basic “AYGO x” model, there is also the “AYGO play”, which invites you to play and individualize. Not only can the interior be changed in a few simple steps, but also the body with the distinctive X at the front. In addition, three edition models already individualised ex works are available – the orange x-cite, the x-clusiv in elegant black and silver and the x-wave with its large, electric folding sunroof. 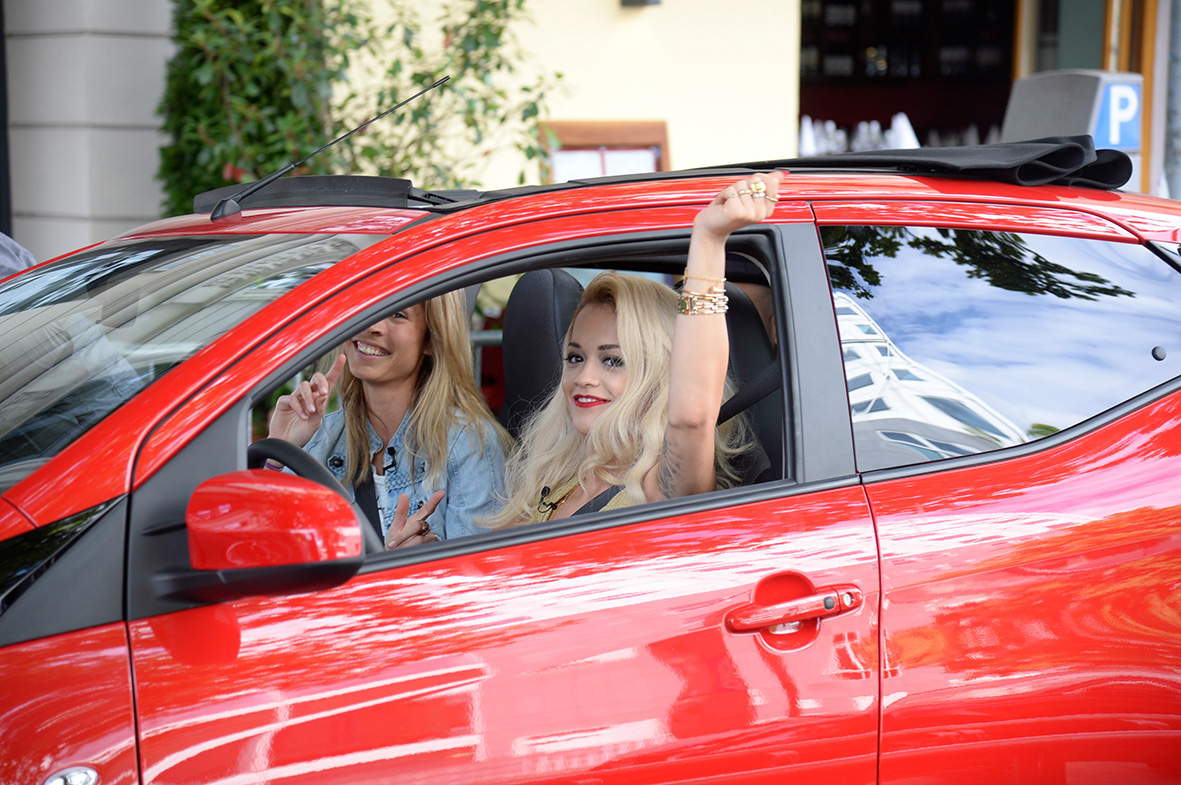