Corporate film production for steel-based technology company voestalpine from Austria. A leading global technology group meets the international racing series Formula E, which is known for its innovations in the market of electrically powered vehicles – ALPHA POOL illustrated this impressive cooperation for voestalpine in a unique corporate film.

The aim of the project: The latest voestalpine technologies, on which Formula E cars rely on with their speed, precision and elegance, had to be implemented in high-quality and effective images.

In coordination with voestalpine, ALPHA POOL created a draft for the corporate film, based on which the client’s visions and wishes were creatively translated into a script. The challenge was to illustrate and creatively visualize the unique technologies of the Austrian group, which are not visible to the viewer of a Formula E car under the car’s trim. For this purpose, complex CGIs were designed to show the vehicle with its complicated mechanisms and trace the Formula E car as a highly complex work of art.

For the implementation of the project, ALPHA POOL worked with their qualified cameramen, directors and cutters, who have already made a name for themselves in the cinematic staging of the automotive industry. The voestalpine technologies and the impressive driving style of the Formula E vehicles were presented with complex drone technology and detailed images.

From the creation of the concept and the script to the implementation and the final editing, ALPHA POOL took on the logistical and creative challenges without neglecting the wishes and ideas of the client. As an experienced player in the business, ALPHA POOL knows the requirements for high-quality film projects that impress and enthral the viewer. 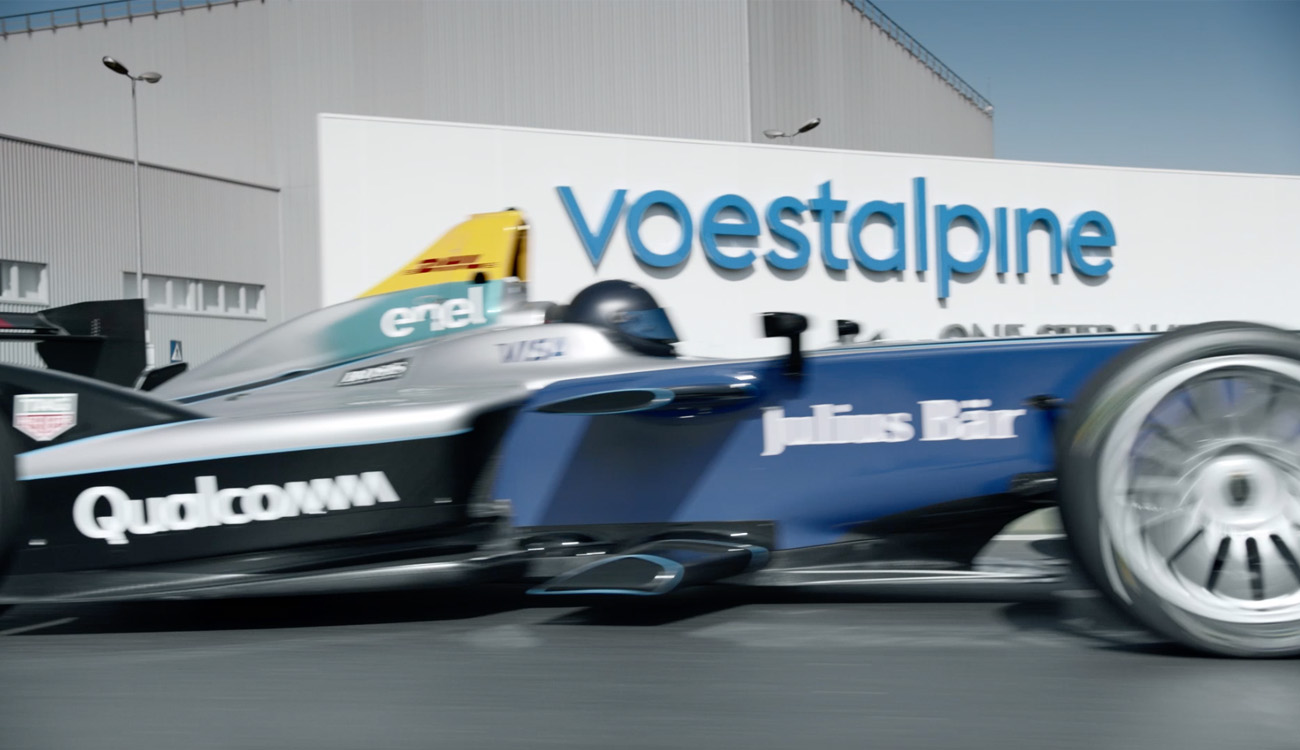